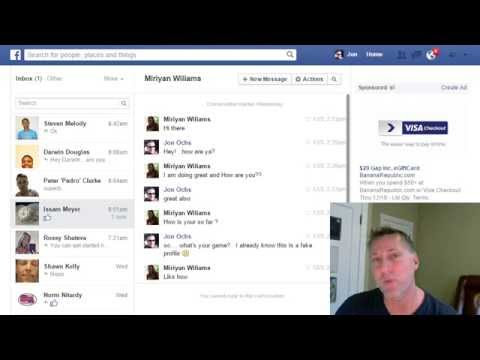 Why Fake Facebook Profile Need To Prevent ? Facebook is the one of the largest social networking website in the history of Internet. But being big is also the problem for both Facebook and for the users which uses it. As the number of Facebook users goes on increasing there are also risk involving with Facebook users with some fake profiles. Yes these fake profiles, are real nuisance in your profiles. They might be stranger you might not know them but they are still in your friends list. Do you still believe in that profiles. Are they real?? This is the big questions which revolves around now-a-days. As per Facebook there are over 500 million active Facebook users. Out of them how many are fake are still unknown. By fake I mean to say how may are the profiles which makes embarrassments to others. Easy To Detect Fake FB Profiles? So i have researched it out and got 5 different ways to detect a fake Facebook profile which might be added in your friends list or may be just harassing y
Post a comment
Read more

What is Software Programming ? A program is a set of instructions or commands to be executed by the computer to accomplish some task. A program involves code for solving a problem and also good documentation which would be a guideline to anyone who tries to understand the program. An algorithm is a formula, a method, a recipe, a step by step procedure to be followed in order to obtain the solution to a problem. Conversion of an algorithm to a program in a programming language following the syntax and semantics of that language is defined as a code. Syntax is the correct method or grammar of writing a command or series of commands which are pre-defines by that particular programming language. Semantics is the logical meaning of a program or series of commands, separate from the grammatical structure. The computer detects syntax errors but does not detect logical errors. What are the Criteria for a good program ? It should be correct i.e. output should be as per the specificat
Post a comment
Read more

How To Make Your Website Design ? Best Web Template Store

How to Create a Home Page With Website Templates : Benefits of Web Designing With Templates 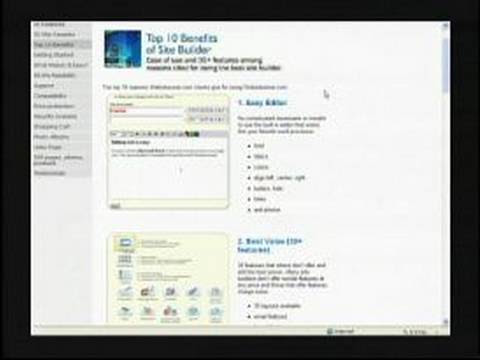 Learn about the benefits from using a template-based website in this free series of web site creation clips from our experienced internet consultant. Expert: Terry Bowden Bio: Terry Bowden owned his own computer business for six years, and is currently a consultant for an investment company and an avid computer enthusiast. Filmmaker: Reggie Hayes Find out extra most updated internet site layouts info at http://videowebzdesigns.com/tips
Post a comment
Read more